Hi,
I installed an exposed fastener metal roof on my ranch house last fall. This spring one of the 10’ metal fascia pieces started to buckle at the eves. Trying to fix it, I made it worse and need to replace it. It is nailed into the strapping at the roof’s edge and the roof is screwed on top of it.

My idea for replacing it is to remove the first 2 courses of screws up the roof, put a 2X4 under the roof panels to raise them enough to get a pry bar under the nails to remove them. Then replace the fascia and screw it in place.

Does this sound like a good way to approach this? Unfortunately the buckled fascia it 2 stories up and I’ll have to work off a ladder. I’m not sure if you can see the picture in the following link, but it looks alot worse now that it is buckled and creased. 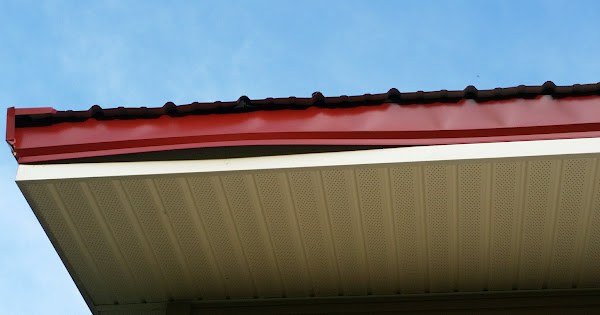 You’re really gonna be much better off just adding some face screws through the red metal. I’d start by putting on in the worst part of the buckle then every 2’ off of that.

I would cut the fascia off by running a pair of electric shears as close to the bottom of the roof panels as possible. Only remove the screws necessary to slide a new piece in, and replace the screws. Do not try to jack the panels up and remove the nails, just leave the old flange in place You would only be likely only make things worse trying to fully remove it.

Thanks for the responses. Here is what it looks like since I tried to work with it. Do you think screwing it down would help of make it worse? I am getting my home ready to put on the market and this looks awful. 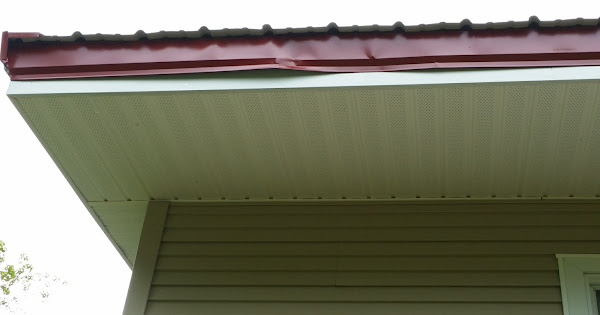 I would try to screw it down first and if that doesn’t work,cut it off.
Your roof will get digned to crap trying to remove it

Yeah not a good look if your trying to sell. The new pic is a lot worse than the first one. I doubt you could make that nice with screws now. But I’d still give it a try and see what you can do with it. If that doesn’t work it would probably be best to install gutters to hide it since it a strictly cosmetic issue. I don’t think trying to remove the whole piece is a good idea. Like patchap said you’ll probably dent and buckle the roof sheets.

Could have put a relief cut in the middle of the buckle and let it lap over itself. Appears the butt edge on the left is too tight, trimming that might have relieved
the buckle also…