Had an annoying salesman today

So today I had a guy from Erie Roofing come out again and ask me if I wanted a quote for a new roof. I generally just say no. However since I do plan on finally doing my roof this year I told him I planned on doing it this year. Mistake.

I told him I was going to do it myself. He asked if I ever did roofing before and I replied no (I have not). I said I have been researching for 3 years now gearing up for it.

I told him I wanted to tear off the shingles. He asked how many layers, I replied 1. He said I didn’t really need that. I replied it is better, I don’t want to go over the old shingles. He asked what I was going to use and I said GAF Architectural (Timberline). He then asked me if I wanted shingles to last until I sell the house or forever lol. I said the Timberline have a 50 year warranty. He said they don’t really they only have 25 years. Then he mentioned something about pro-rated. Then he went to tell me if tree sap falls on my roof it wouldn’t be covered. (I have no trees)

He started talking about fiberglass shingles that come in long pieces and they have a 45 year warranty.

He then told me I needed to be careful tearing of the roof because I could damage the sheathing. This is where it started getting interesting. Granted I’m not a roofer, so maybe I didn’t get what he was saying 100%.

I replied a sheet of plywood is only $20. He started laughing and told me sheathing is $300 a square. Long story short he was telling me that the plywood was not the sheathing and everything under the shingles was. I was getting irritated now. I was like so what else is there? You mean the trusses and everything? I invited him in to go into my attic so he could show me what the sheathing was, he declined.

I told him I was tearing off the shingles, felt, ice and water shield, and drip edge, call that whatever you want to call it, I was under the impression that was a tear off.

He then agreed that was a tear off…seriously dude come on now! I had mentioned earlier if he wanted more than $5k I wasn’t interested. He then said he would think the main roof would only be 5K to go over w/fiberglass shingles. I said that’s the easy one. He got irritated and was like what do you mean easy? I said it has like 3 roof jacks and that’s it! I then pointed to the garage and said that one needs the siding removed and step flashing re-done.

At this time I think he realized I knew a bit more then he initially assumed and started apologizing to me. He said he misunderstood what I was talking about for the tear off and so on. He shook my hand and asked if I wanted a quote from his guy tomorrow. I said not right now and he left.

At any rate my 2 my questions from this rather irritating conversation is the GAF 50 year warranty and how good are fiberglass shingles?

You cant get that 50 year warranty doing the job yourself.
Only a roofing company that is certified by GAF can get you that “warranty”
All the roofing would need to be replaced using their products.
But dont be fooled.
The roof is going to last 20-25 years tops
And no, they are not giving you a new roof.
Do not trust that “warranty” for a second.

Ask the neighbor, friend, family in your close area(20 miles)who they got their roof from and if they were pleased.
This research here will be worth your while.

Roof lover is correct and if it is GAF you select I would say 15-20 years tops. Are there actually people that believe any composition roof will last 50 years? Presidential TL is probably the best of the high end products and I tell my customers they should expect 35 years or so, depending on Southern exposures and ventilation.

As others have said gaf does not make a shingle that will last close to 50 years, espically in a laminate. There are no laminates on the market that I would tell someone would last over 30 years. Everyone has a slightly different option so I’ll disagree with Tillman and said I have more faith in certainteed grand manor lasting longer than presidential but that is just my opinion.

If you are looking for a 50 year roofing material asphalt and plastic are not it. For 50+ years your options are basically mechanically double locked standing seam and slate, both systems tested for 1000+ years. With anything Else you are just putting your faith in a piece of paper some ones warranty is written on.

Now I can understand the point of only getting that 50 year warranty if a certified installer performs the installation but you guys are telling me even then you can’t get 50 years on a 50 year warranty. That’s absurd and should be illegal.

Read the fine print of the warranty, it’s pro rated. If you by some miracle get a claim approved at say year 40, it will pay peanuts. The manufacturers have lawyers who went over the warranty to ensure it’s legal. Using deceptive wording is a common if underhanded sales tactic. Not to mention that the makers rep will look very hard to find some fault in the installation, blaming whoever did the roof and thus refusing to pay the claim.

Honestly since they started with the ridiculous warranties i’ve been expecting manufacturers to shut down long before they have to honor them. Not from lack of sales I think it will just cost them less money to start over fresh (with a new brand name) than honor all these “lifetime” warranties.

Well I’m not “sold” on GAF shingles. I only chose that as that was what I was given a few years ago in a quote (which I thought was high). Reading all the threads on here I may choose a different shingle.

Its not just gaf (although they were the ones who started with the super unrealistic warranties). No standard shingle will last close to 50yrs no matter what they say on the wrapper. There is only one type I think has a shot at that long of a lifetime. As far as I’m aware every manufacturer makes this style, they all just have different names. Gaf’s version is called “camalot”. MPA mentioned CertainTeed’s version “Grand Manor” earlier. However this style is the most expensive asphalt shingle on the market. 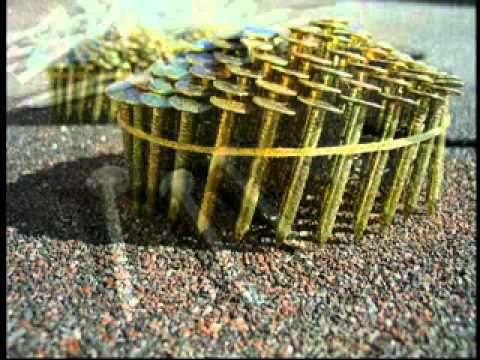 I don’t care how thick a shingle is there is no way they even approach 50 years. Granules will come off or horizontal cracking will occur. There are a lot of roofers older than I on this forum. Has anyone seen composition last 50 years?

I’ve tore off 3-tabs that the owners claimed were 40 yrs old, they didn’t fall apart either.

Not only that but they are very high quality shingles as well, made like the cap is.

These shingles will perform as far as keeping water out of a house for at least 50 yrs, they may look horrible by then but they will be perfectly functional.

The real question is how many residential roofers know how to make flashings that will last as long as the shingles?

Axiom,
I always gain knowledge from your posts and agree on crazy longevity of old three tab. I guess my experience is all hot weather country; Southern Oregon, Northern California. Our South sides absolutely bake in the sun and North side slopes typically have 5-7 years left when South sides are shot.

I also agree on roofers not using accessories to equal roofs life span.

Keep up the great and informative posts.

We just did a turret on an house we installed grad manors on in the 90’s - early 2000. It was actually the last customer we installed tin standing seam for. The shingles are still in great shape.

For an asphalt shingle to still be “in great shape” after 20 yrs, that is good is it not?

Honestly since they started with the ridiculous warranties i’ve been expecting manufacturers to shut down long before they have to honor them. Not from lack of sales I think it will just cost them less money to start over fresh (with a new brand name) than honor all these “lifetime” warranties.

Yep, for sure!
how many times has elk/ Gaf reorganized and started over already??
But reading their material they are a 100 year old company.

That i am their roofing contractor for life.

And everyone they know as well.

Being in the industry These marketing gimmicks just crack me up, but I feel bad for consumers who have no clue. We try to always educate our customers on what they are actually getting.

We were doing a 7/8 pressure treated cedar roof at 7 1/4" exposure. The customer walked out half way through the job with a brochure he got from a comparator for 3/8 taper sawn and asked if he was getting the “llifetime warranty” cedar that was in the brochure.

One of the estimatoras left a brochure someone gave him for GAF true slate laying around so I looked at it while I was having my coffee. Natural slate at half the weight as traditional slate, yeah,…it’s only half as thick. Patented stainless steel installation system…Installed by little Christmas ornament hooks… " slates are easily replaced by the homeowner". " homeowner can easily re-arrange and change the pattern of their roof". Does not say how the hell a customer gets on their slate roof to replace or re arrange their slate.

We did 3 roofs last year for repeat customers. One was bird shingles from 89, no leaks just knew it was time. Sold them grand manor this time, 72k job. Return customers are the Best leads and references you can have. Funniest part was the same estimator sold them both roofs, got paid comission 2x.