I have a unique situation that I am trying to resolve. I have a home that was built in 1939. Its a Brick 1 Level Home with Basement and a Flat Roof.

I have been experiencing high humidity levels inside of the home. 50-60%.

I am experiencing condensation in my ceiling light fixtures ( dome lights ). I do not get condensation anywhere else.

I believe I have a Cold Roof because I have seen Batt Insulation between the ceiling joists when changing the bathroom exhaust fan.

My question is… Will Roof Vents help with this? Or would you recommend the White or Silver Roof Coating to reduce the heat?

Some other facts that may help…

That said, i’m sure the home is under insulated to todays standards… but I am looking for the most cost effective solution to lower the humidity.

What is the roofing material? Do you have AC? Is this problem year round, or seasonal? Is the basement wet? Do you have a dehumidifier running?

Thanks for the questions…

I have central AC

The humidity issue is year round

The condensation is only during hotter than usual times… 85-90 degrees.

I have 2 room dehumidifier running on each side of basement. Both are set to turn off at 40, but run continuously.

It’s a fairly dry basement but not perfect.

Gutters and downspouts with extensions? Grade pitched away from the house? It’s pretty strange, condensation should only occur on a surface that is cooler than ambient. Venting the roof is not the answer.

It is strange. I just had a roofer out to look at it.

The roofer said he would not vent it as well. He wanted to tear the entire roof off and add more insulation. I agree that it needs more insulation, but he also said the roof was only about 5 years old and if I could find another solution to hold off on reproofing it, he would say for me to try that first.

I asked him about White Coating the roof, because he never mentioned it as a solution. After I brought it up, he seemed to think that could help reduce the heat in attic area but he said he never installed it for that reason. He only installed it to repair roofs and extend the life of them. He said that in theory, the less heat, the less humidity.

My HVAC guy said he could add a Whole House Dehumidifier / Ventilation system that would help reduce humidity in the house. But he is the one that suggested that I start with a roofer first because the Dehumidifier will not solve where the issue is coming from. It will only help like a bandage.

The roofer also suggested he would likely do the Dehumidifier system first to see if that works, then do the White Coating on the roof it it needs a little more help.

Yes the gutters have downspouts that flow away from the house. I do not get much water / moisture in the basement.

Do you have radiant / boiler heat?

No. Its a forced air HVAC system.

How long has the humidity been high? Does the cold water line in the basement sweat when it’s running?

I have never lived in the home. It’s an investment property. It’s currently unoccupied and I wanted to resolve this issue before I rent it out again.

That said, I have been aware of the humidity the past 2 years. But I would only assume its been an issue for a while.

I have only seen condensation in 2 areas…

I recently added foam insulated gaskets to go on the outlets before putting the outlet covers on them. This was to help reduce air leaks which i hope resolved the condensation around the covers.

I have not noticed any condensation on windows either.

The condensation only seems to appear in places that have an opening in walls and in ceilings. Around outlets and junction boxes for lights ect.

Sounds like you need to seal the masonry and then dehumidify the house. Only thing that is logical is the brick is transferring moisture into the house. The uninsulated void/inside of the brick would be your condensation point.

Thanks again for the suggestion…

The house was recently tuck pointed and is in great shape.

Are you suggesting that I put a liquid sealer on it? Something like this? 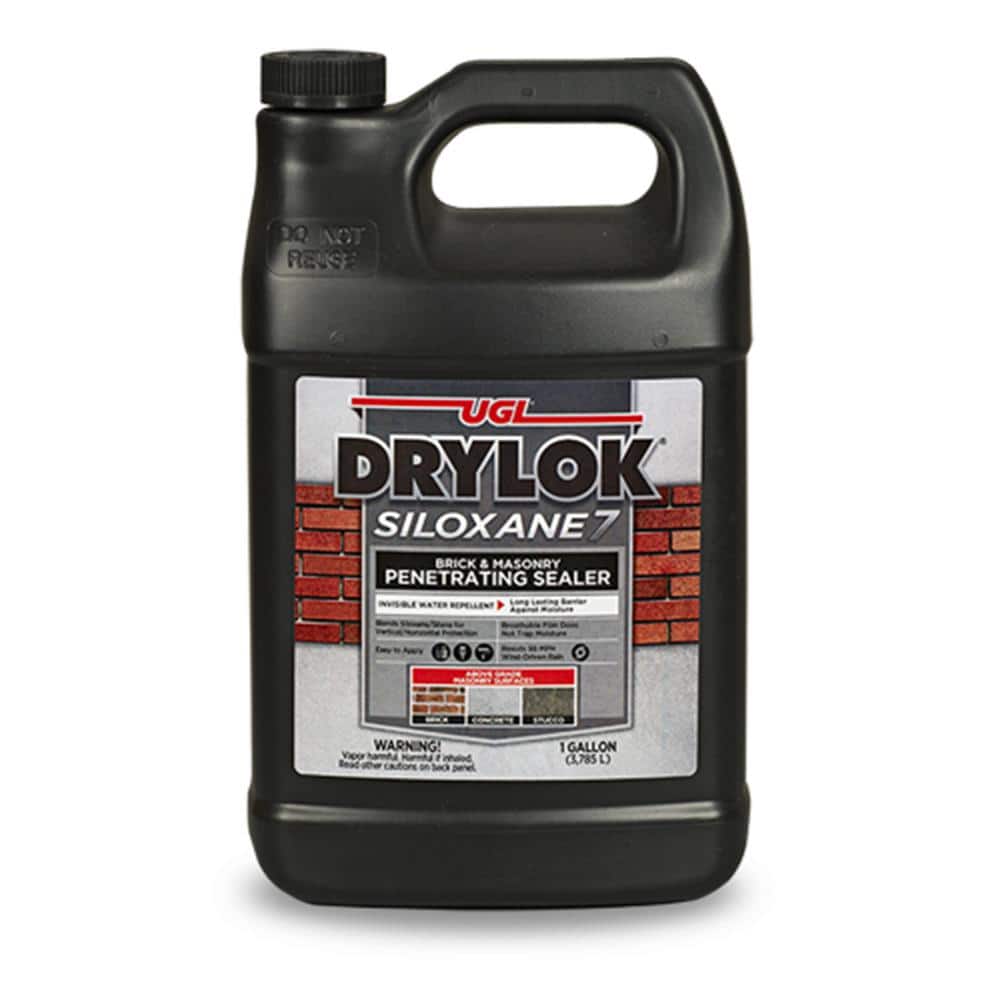 DRYLOK Siloxane 7 Brick and Masonry Penetrating Sealer is a clear, durable, water-repellent, specialty formulation for use on exterior, above-grade, vertical and horizontal brick and masonry surfaces.

That’ll work. Nearly impossible to insulate the stud cavities without drilling the walls top and bottom and blowing it from the inside.

Last question… and appreciate your input. Do you think if I put Henry White Coating over the roof would help with controlling the Humidity in house or Condensation in the ceiling dome lights?

Not at all. I’m about 20 minutes east of you, I think. The condensation problems in this part of the country come from temperature differentials and voids in insulation. Vapor condenses on cold, when it’s trapped in a system, it will not re-vaporize and reverse back into the air. The expansion ratio of water to steam is 1 / 1700, good luck getting that genie back in the bottle!

Thanks for your input

I think your HVAC is not running long enough to extract the humidity from the home. The metal of the recessed lights is showing condensation because the metal is cold [compared to the area above]. Putting a white coating on the roof will reduce the heat some but the real answer is to size the HVAC correctly so it runs longer. Now it satisfies the thermostat {temp] without extracting enough humidity.

I am leaning towards the HVAC direction.

I just ordered a Whole House Ventilating Dehumidifier that will remove 98 liters of water per day. I will add it to my excising HVAC system. It will draw moisture from all of the rooms using the existing duct work.

My thoughts are that if the Dehumidifier can bring down the Humidity in the house, we will not have to run the AC temperature as low which I hope will also help close the gap between the heated roof and cool glass where the condensation is occurring.

Currently with the AC set at 72, it still doesn’t feel very cool in the house. At least not to my comfort level.