Is this an acceptable reroof job?

My contractor recently completed a reroof job to repair damage from a hailstorm. I’m not entirely pleased with the result, but I may just be nitpicking. The bottom 2 photos are of the front side the day after completion. The rest were taken this morning, about 12 days later. Thoughts? 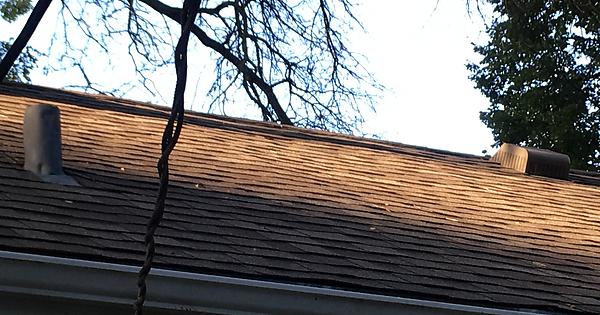 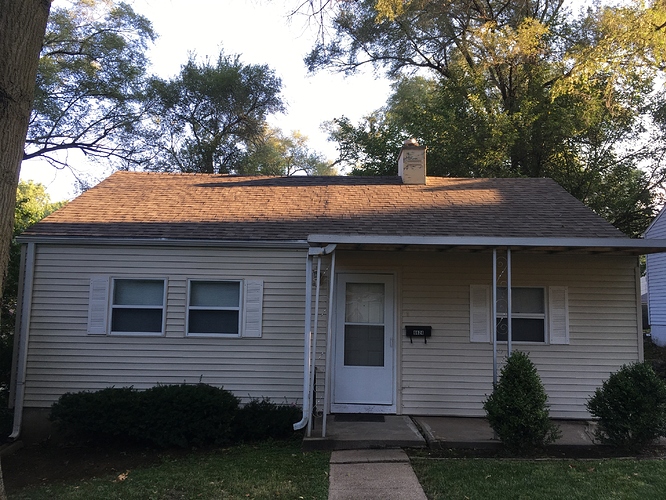 Dying to hear Charle’s thoughts.
He’s been in business since 2011.
Only One call back.
Really looking forward to it.

I like that you leave out the more than two decades experience. Fyi, that call back, there was a piece of old flashing left in a patch of weeds.

As to the question at hand. I assume the OP is referring to the raised appearance of the roof in those locations. This is normal. The roof deck has warped/sagged over time. It could’ve been leveled out by replacing the warped wood. Of course, replacing wood would have been at an additional cost. Unless you specifically asked the contractor to fix the sags you’re good. It won’t hurt nothing. Your good!

Thanks. Good to hear. The raised spots were indeed the eye sore / concern. The contract was for work to be done per the insurance scope, with additional cost per sheet if decking was needed. I guess replacing the sheets is a judgement call, as the work manager advised they looked fine and didn’t need replacement. I guess I can live with it since the alternative is rework and several hundred more dollars to replace sheets top to bottom that just have a slight sag to them. Other nitpicks were the somewhat sloped/concave look to the shingles around the chimney, the dented box vent, and the dinged up vent pipe. For that last one, the claim was for “flashing - pipe jack - lead” so perhaps it was to only replace the flashing and not the pipe itself?

Your insurance should have paid for the dented vents. If they didn’t, shame on you for letting it go and shame on your Contractor for not being competent enough to know they should have been paid for and then, subsequently replaced.

Had you picked a darker shingle color, you wouldn’t be noticing the sagging rafter lines nearly so much.

“Fyi, that call back, there was a piece of old flashing left in a patch of weeds.”

Right, homeowner calls you to drive back over
Because You missed a small piece of trash hidden in the weeds.

This is the part where I am suppose to say, yes huh, then you go no huh and we just keep going. I must of said something that ruffled your feathers. Grow up. I will not respond to anything you post again Roof_lover. Except to correct your bad advice. Conversation over.

Sorry! I must of missed some of your pics. I was at the orthodontist with my daughter when I replied.

The shingles around the roof being lifted is a result of the flashing not laying down properly. This could be a result of using the old flashing or improperly installed flashing. Not changing flashing is a common practice with less quality roofers. Especially when you have stucco. This does increase leak potential. Always insist on all flashing being replaced when having your roof replaced.

The dinged roof vent is a non-issue from what I see in the pic. It won’t hurt anything.

If the pipe wasn’t specified in the contract then it was not to be changed. From what you posted the pipe was not included. It shouldn’t cause any leak issues.

Something else I forgot earlier. Is that vent the only vent on your roof? How about intake vents? Improper ventilation is probably the biggest cause of sagging roofs. Lack of ventilation wouldn’t be something insurance would cover. Sorry again. Like I said before. I was sitting in the orthodontist office with my daughter.

There are two more screen vents, one on each of the east and west sides of the house, that sit a little lower than the two box vents that are on the north/back side of the roof.

I see no mention of intake vents. Do you have vented soffit?

I just took a look at your pics again. I would add atleat one more vent and ensure there is proper intake ventilation. I am fairly certain the roof sagging was caused by improper ventilation.