I have a hard time believing this is normal in less than a month. Found a cut shingle in my yard so went to inspect roof and found this? Any advice would be appreciated. 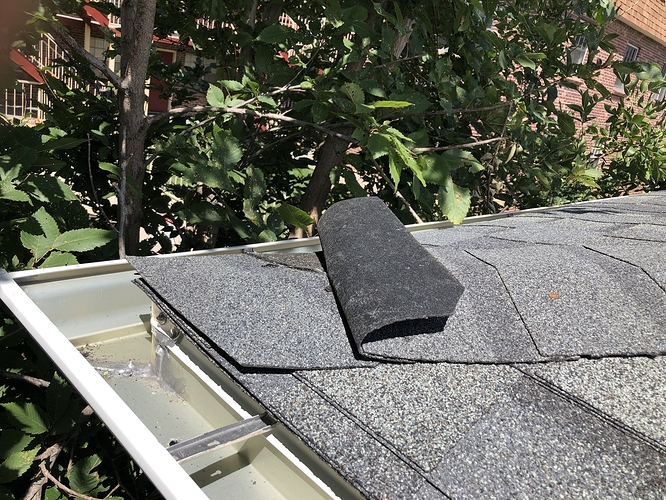 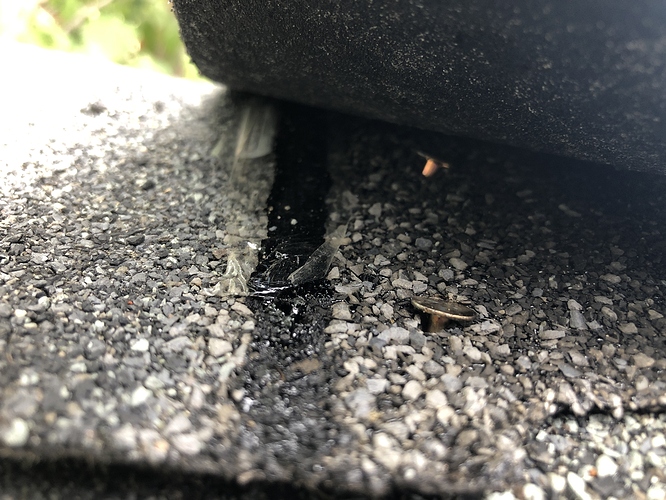 There is no sealant strip under that shingle and it blew up. Needs folded back and tarred underneath to hold it down or replaced if it’s cracked or torn and tarred down to keep from happening again. Once on the roof I would have either fix done in under 3 mins.

I would also check ever other area where caps start and make sure they are tarred down to make sure the same doesn’t happen.

Thank you! Found these also. Should I be concerned about the quality of the roof? 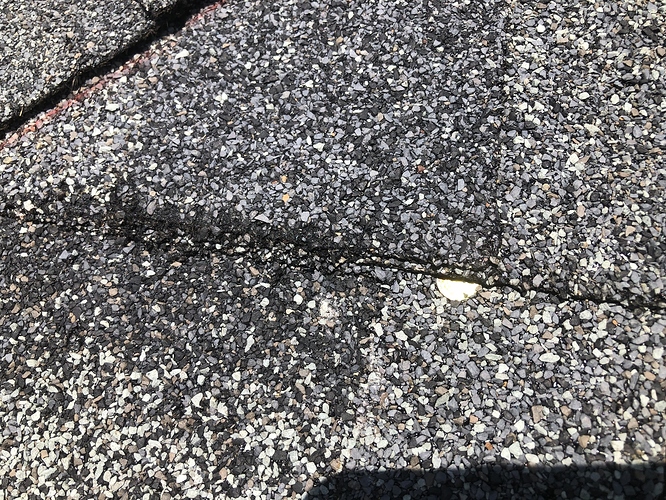 I would rather see a couple shiners than have it all high nailed.
They should have some tar on them,with a few granules sprinkled to hide them.

An occasional low nail isn’t ideal but at least tells us the installer was trying to hit the (extremely small) best area to nail into. They can be tarred and have loose shingle grit dropped into the tar.

Thank you guys for your advice. I asked contractor if cap peeled up and cracked was ok and he said “all good”! I’m just really starting to doubt they installed this roof correctly or are willing to back up their work.

The way they did that bottom cap is pretty common where I live, it’s kinda shitty but not terrible. They do it that way to save time,as it doesnt need to be trimmed.
It doesn’t indicate a bad install just a somewhat rushed one

Any roofer even the low quality ones should should go back and repair that issue on a new install. Send him a pic so he knows it a legit issue. He probably thinks you are making an issue out of nothing.

He saw the pics and said “all good”. That’s when I came to this site to chat with you guys. Not trying to be a pain I just want it done right.

Ask the salesman (because no roofer would say that ok even a bad one) if he minds if you post that pic in the companies social media since it’s “all good”.

Is that nail in a valley?

Good idea I’ll ask if he feels I should post a pic on their social media page since its all good. I haven’t heard a word. Disappointing really. Thanks again for advice.

I think this particular roofers
Response of “all good”
Was just his lazy, neanderthal way of saying
The shingle didnt get damaged and i tarred It down and made sure the other bottom of the hips were tarred down too.
You dont have to worry, it wont ever happen again.

He was short And neanderthal because he didnt want to explain why his technique failed and why.