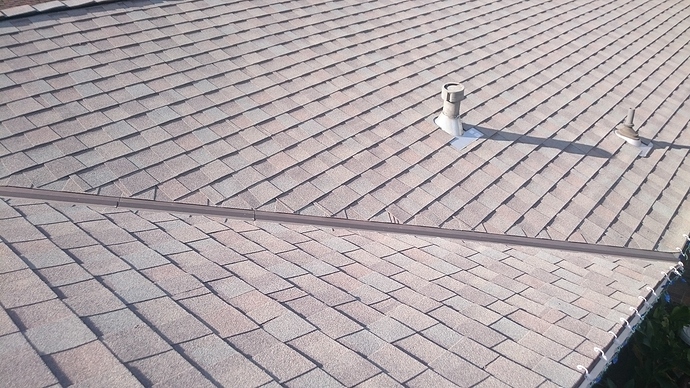 That’s called a California cut valley. It’s a shortcut, but a good shortcut. Some guys don’t like them and don’t use them.

That way of doing valleys is not wrong, I see it more on closed valleys. On open valleys, We run the shingles into the valley up until the top of the exposure hits your cut line. Then put a dub, or back cut, on an angle from where the top of the shingle interests the valley metal about 2-3" down towards the open valley. This eliminates horizontal water travel.

So it’s a California cut on an open valley. That’s probably why it looked different to me. Like MPA said, they’re usually done on closed valleys, which is what most all of the pictures I see are for California cut valleys. Just finally had to go up their for the Christmas lights, so I was poking around a bit to see what it was like from top view.