Should I ever keep old flashing?

My roofer, whom I’m having a bad experience with and am just trying to get to the end of the re-roofing job, tells me I’ve got good flashing (galvanized material/coating) that’s better than the current metal products now, so doesn’t need to be replaced. My contract included replacement of all flashing. I’m wondering if he’s telling the truth or just avoiding extra work/efforts with replacing it. Is there ever a case where you’d want to keep your old flashing? 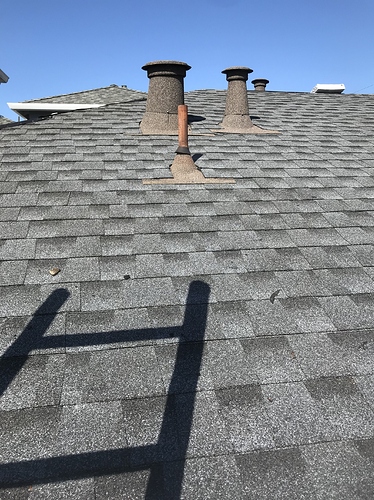 No, we dont replace chimneys just for fun.
Those look just fine and is better than any box chimney.
I love the round chimneys…
The least likely to leak.

@roof_lover Are you saying existing flashing doesn’t need to be replaced?

Thanks for the inputs @roof_lover and @patchap. I believe the flashing on my chimneys are original since the shingles were never removed (discovered 3 layers of shingles on my roof). If these chimneys are better than what is available in market now AND we can expect it to last with the new shingles being installed (removed old 3 layers of course), I won’t have the roofer replace it (per contract). I was just concerned that he was trying to cut corners by not doing so, as I don’t trust him currently based on his dishonesty thus far on this re-roofing project.

Adding some more pictures in case you can comment/confirm the “in good shape” status. Right now, all I have to go by is his expertise. 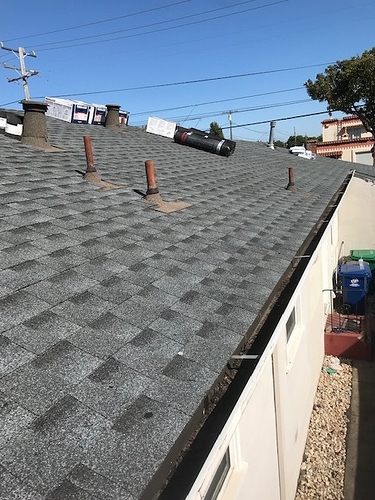 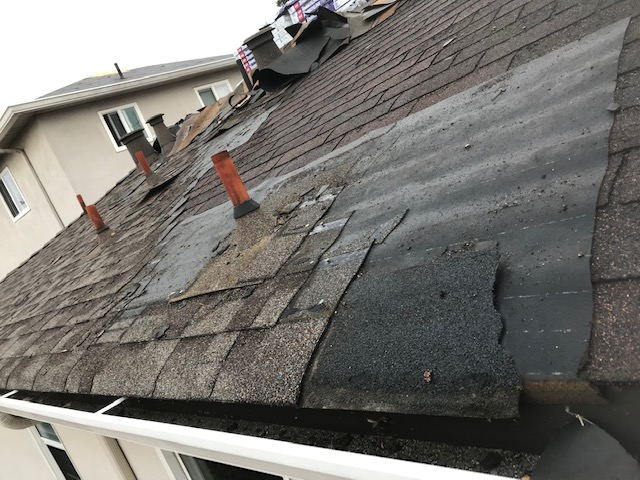 I think the word flashing was too broad on his contract. Mine is specific to wall, base flashing, counter, gas vent base flashing and chimney base flashing. Plumbing vents are not covered under flashing in my area. They are strictly listed as plumbing vents, then type, code, non code, lead, star, 3n1. I think the chimney flashings look fine but with this being the third roof, I’d be putting watershield under and on top of that baby, I bet its got 12 -20 nail holes in it. Off topic, that’s some crazy fleck paint on those plumbing vents.

Thanks for the recommendation @rooferama. This will be the 4th roof on those vents. Contract stated paper felt on the plywood and roll on starter on the perimeter of the roof. I don’t know what he’s got on those chimney flashing, but will ask!

Those flashings most likely were replaced during the last reroof. They look like a stone coated product that was around for a short while about 20 years ago.

Good eye, Tileman! My thoughts too. The pipe boots could use new neoprene collars though.

Those stone coated flashings were here on the West Coast about 25 years ago but they fizzled out. I thought it was a great idea but I think they had a hard time adhering granules to galvanized.

@Tileman and @roofermann My roofer is claiming that if I replaced the flashing per contact, the warranty is only 2 yrs, while keeping the old stone coated flashing means he can support 5yrs warranty. I think he’s just trying to get out of the extra efforts replacing the flashing as his logic doesn’t make sense. I’m stuck with trying to go along with him just so that I can get this job completed. I may make do with just the 2 yrs and replacement.

I think he’s just trying to get out of the extra efforts replacing the flashing as his logic doesn’t make sense.

I think you’re right, but he’s also right that reusing the flashing probably won’t cause any issues – if you aren’t enjoying squabbling with this guy I’d suggest just letting it go. If you are, you can tell him that some guy on the internet (me) replaces all the flashings on a roof if that’s what it says in the contract.

(For the record, my contract says “remove and replace flashings around roof-wall interfaces and penetrations as necessary” – maybe if you clue him into this phrasing he will replace the vent flashings for free?

That is such a weak approach and shame on him for trying to manipulate you. In our smaller market, Southern Oregon, he would never survive the next down time.