Has anyone installed a solar tile roof, Tesla or other? Haven’t heard much as far as profitbility, ease of install, and limitations. I roof in an area where we get a lot of sun, but also snow and ice.

isnt it toy for rich people? i mean,electricity is 10 cent per kw,whats the roi on 30k solar system in south.
i just dont understand appeal of solar for residential market.people make enough to pay traditional ways
depreciating asset with little to no gains all in all.
maybe im retarded and missing something but simple numbers says so.

So you are basically saying clean energy from solar is just bullshit for rich people? I think your simple numbers do not figure in the tax dollars that we all pay to deal with issues caused by non renewable energy and climate change. At some point there is going to be an adjustment to electricity costs to pay for it. Solar may not pencil out today in all areas, but I think there is a good chance that will change.

where are incentive funds coming from for solar ? same tax money.if they give 5-10k for each installation.is there any difference if they spend it on upkeep nonrenewable coal plant or pay for solar other than global climate care ?

I’m not really equiped to know the details on how much money is spent on indirect costs related to pollution, air quality, natural disasters from the types of energy we use and I know solar is not perfect either. Putting that debate aside, I don’t think solar is going anywhere and I’m betting Tesla’s popularity will carry over to their solar roofing product in many areas. The solar installers I know are not roofers and probably don’t want to be. Only a matter of time before the requests come in…

agree on that.
marketing is their strong side.

It’s virtue signaling for The well to do at this point. Some day the battery tech will be good enough to make it practice. But for now it’s big money for small return and that’s with gov incentives that we all get to pay for.

Agree with kpratt. All politics aside and from a roofing perspective; gimmick, garbage, scam, future problems, etc.

I think the tiles are made from quartz, which sounds durable, but have never seen as a building material other than counter tops. Solar benefit and cost aside what are your concerns on the roofing part of it?

How are you going to walk on it to maintain and/or repair it?

Sounds they are strong enough to walk on. Not sure about traction or how easily they can be swapped

If .gov got the hell out of the way, solar would become efficient enough to be viable, or die out, as any half baked idea does… 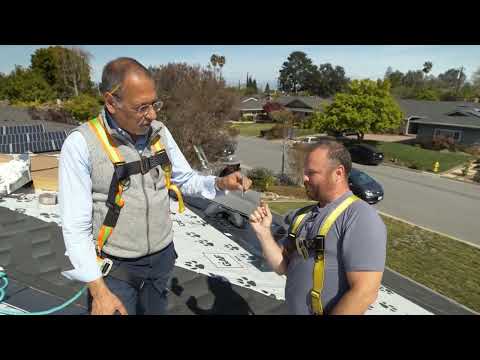 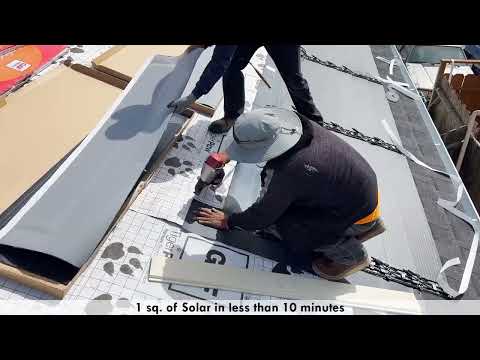