The garage is hotter after my re-roof.Venting issues?

I startled the owner when i came around the corner, and he just seemed nervous… The worker on the roof came hurrying down the ladder when he heard my voice. Perhaps it was coincidental and i am just paranoid.
I absolutely am sure, however, that my garage is hotter than it has ever been in the 25 years I have been in my home.
You will see the vent pics taken from the roof as well as from inside the garage. The vent cover above has slots on either side, while underneath it looks like a big round moon… Is this normal?![IMG_20170810_174819738|375x499] (upload://28kXFNlXWIBFl1PMojj8F24FRzW.jpg) 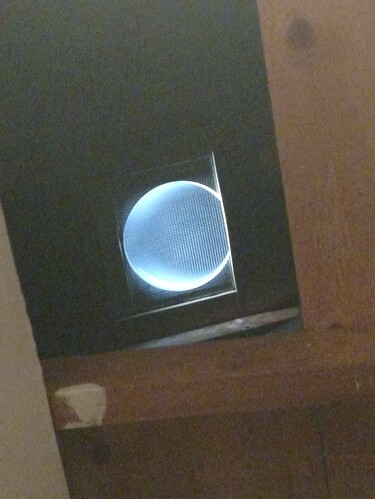 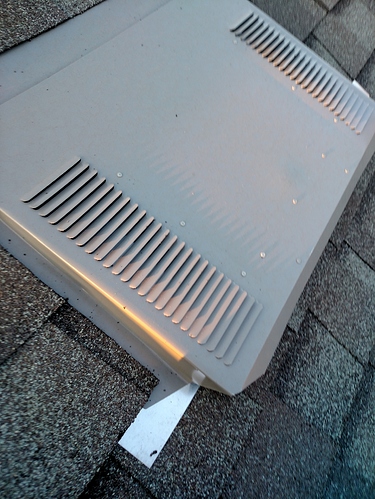 IMG_20170809_1928101332783×3710 2.95 MB
The other possible reasons for the change in temperature is I see light coming through in several places… There is light under the eaves, at the peak on the front end of the house and light through the eave between the garage wall and front porch. 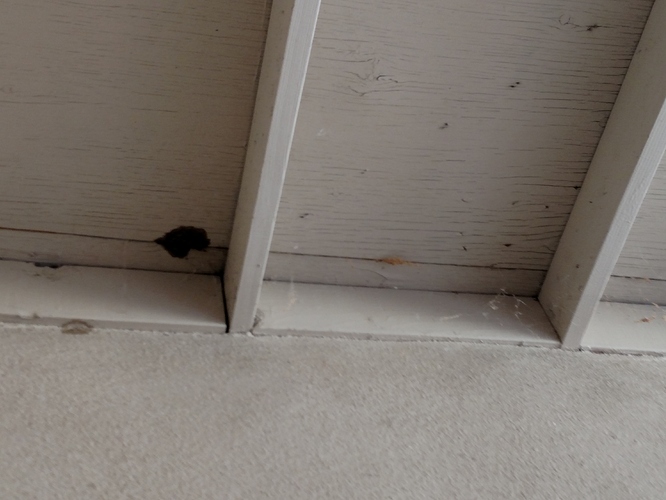 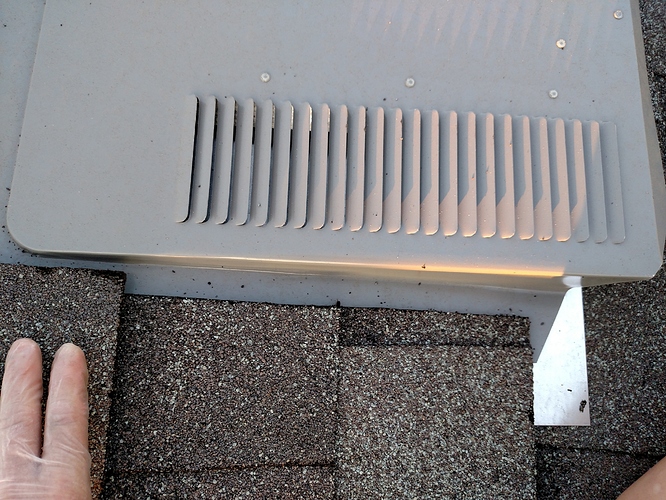 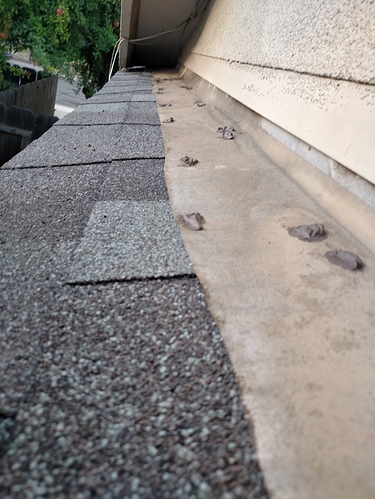 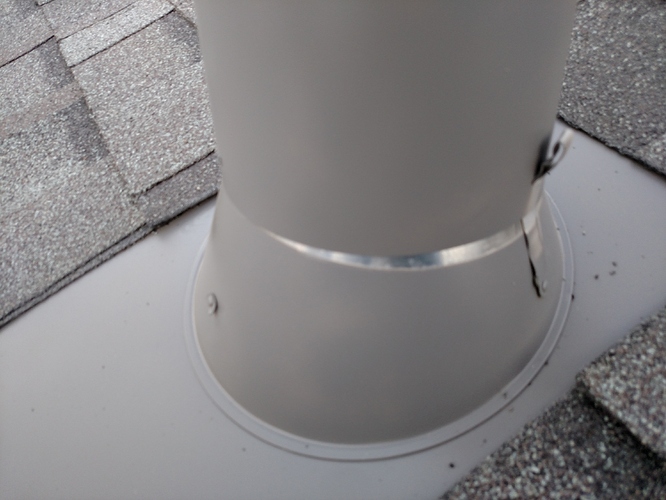 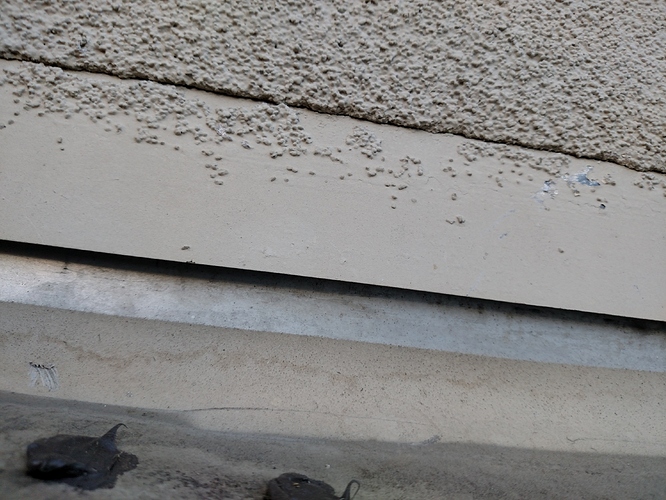 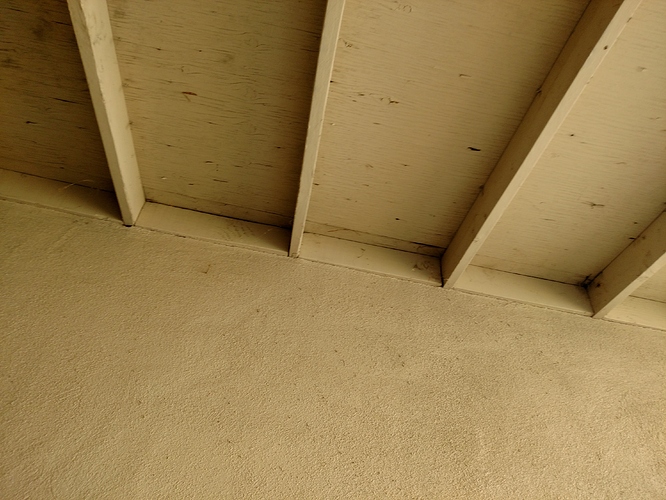 IMG_20170920_1501289313710×2783 2.88 MB
I don’t believe I ever had a vent placed on the garage roof previously. I had 3 whirly birds but in the attic on the backside of house which have been removed. I believe 2 were replaced with flat roof vents similar to the garage moon-vent, They do not have as much light coming through. There is also venting near the floor of the garage with mesh wire covering the openings. These are about the size of a brick and only along one outside wall. Also, the attic has always had slotted venting at the peak and on the wall. None of these vents turn.
I asked the roofer about the heat in the garage, and he just smiled and shook his head saying he didn’t know. After seeing my agitation he stated that the roof is under warranty. I said I want it addressed now. He said the roof is good and it won’t leak and it is under warranty,.
It may be noteworthy to know that i made a huge mistake in opening my big mouth and telling this roofer that i would be selling my home after my repairs are finished. i feel as if i got a duct tape fix and any hidden problems will be passed off to the next owner.
i will post more pics upon request. I apologize for my messy roofing terminology and thank you ahead of time for decoding my rookie descriptions.
rooferama September 26, 2017, 7:47pm #2

I think the vent in the roof is a O’hagin. I actually met the salesrep at a golf tournament, years ago. I came away with a hurt wrist and a tee shirt. My supply house stocks this vent, but I have never bought one. Number one reason is, when I sell an airhawk style, I sell Lomanco 750. Next reason, the O’Hagin is 3 times the cost. In other words, the vent they installed, actually is a nice vent. Looks like you have open soffit without any intake. That could be your problem in the garage.

So wierd you never had a vent at all there
And now you do but You think it is hotter.
Are you sure you didnt have a vent there before?

I am positive I had no vent on the roof over my garage. I had, and still have the 2 wire mesh covered air vents at the base of the wall. II checked with 2 neighbors, and they also have no vents above their garages.
I think it’s odd that my roofer added a vent. He isn’t the type of roofer who would do any thing but the minimum work required to complete the job. For example, the roofer was loading up his truck with remnants of shingles and old wood for disposal about midway through construction. I asked him if he would take an old wood pallet since I was afraid of the spiders that may be nesting within. He seemed to have no problem with my request and had a worker load the pallet. However, upon completion of the job I asked him why he didn’t clean the roofing mess. (sawdust, nails, wrappers, spilled paint, rotted wood) The entire circumference of my home was left filthy. He replied "Patty, do you remember when you asked me to take that pallet to the dump for you?’ I argued but he simply smiled at me like “the cat that swallowed the canary”.
I posted pics of the vent. I assume the installation seemed ok since I have not heard otherwise? I thought metal flashing was supposed to show on the bottom of vent but the shingles are covering any flashing. Did you find it odd that the moon looking vent wasn’t centered in the view from inside the garage?

The vent looks properly installed from the outside. Like someone else said it is not a cheap low quality vent. The only thing I can think of as far as the heat issue is did you put on a darker colored shingle?

I put on a cool roof shingle.

If you put on a lighter shingle and added a vent, there is no logical reason why it would be hotter. Sorry I am out of ideas.

The name of the vent is OHAGIN and it is a tapered low profile roof vent. The instructions for installation state that the vent should be installed high, below the ridge, and low at the eaves to provide intake and exhaust. I get that.

Since no OHAGIN vent was installed at the eaves, would this be a factor in the increase of heat in my garage?

Sorry to be so persistent but I know SOMETHING has to be causing this problem.

Yes, you must have a balance of intake, and exhaust. You have no intake, so you might as well have no exhaust because it has nowhere to draw from! Like sucking on a coke bottle.

I don’t believe that the addition of vents caused the garage to be hotter, this is a matter of skewed perception.

A change was made so now the person is paying my attention to the results, something they didn’t do before so there really is nothing to compare to.

In order to tell if the addition of vents made any difference at all there would need to be controlled measurements of the temp and humidity in the garage before and after the change was made.

I really can’t believe that nobody attempted to point this out.

I can get to the vent via rafters. i think that covering the vent to compare the current heat temp to the previous is a good idea. I didn’t do a pre-vent temp reading but after living in my home for 30 years, I have a pretty good feel for my surroundings. This would confirm whether my new vent is a probability to my problem and definitely rule out if it is not.

I would appreciate it if I could get some opinions on the install of this Ohagin Vent. Here is the pic of the vent from inside the garage. I would like to post a better picture but while trying, I killed my phone on the cement garage floor. A.S.A.P. I will post a better picture.

There looks like a buckle in the metal, although unclear by this picture… Possibly the panel isn’t fitted correctly. Not a big deal as long as the roof is free from leaks and is visually acceptable from outside. 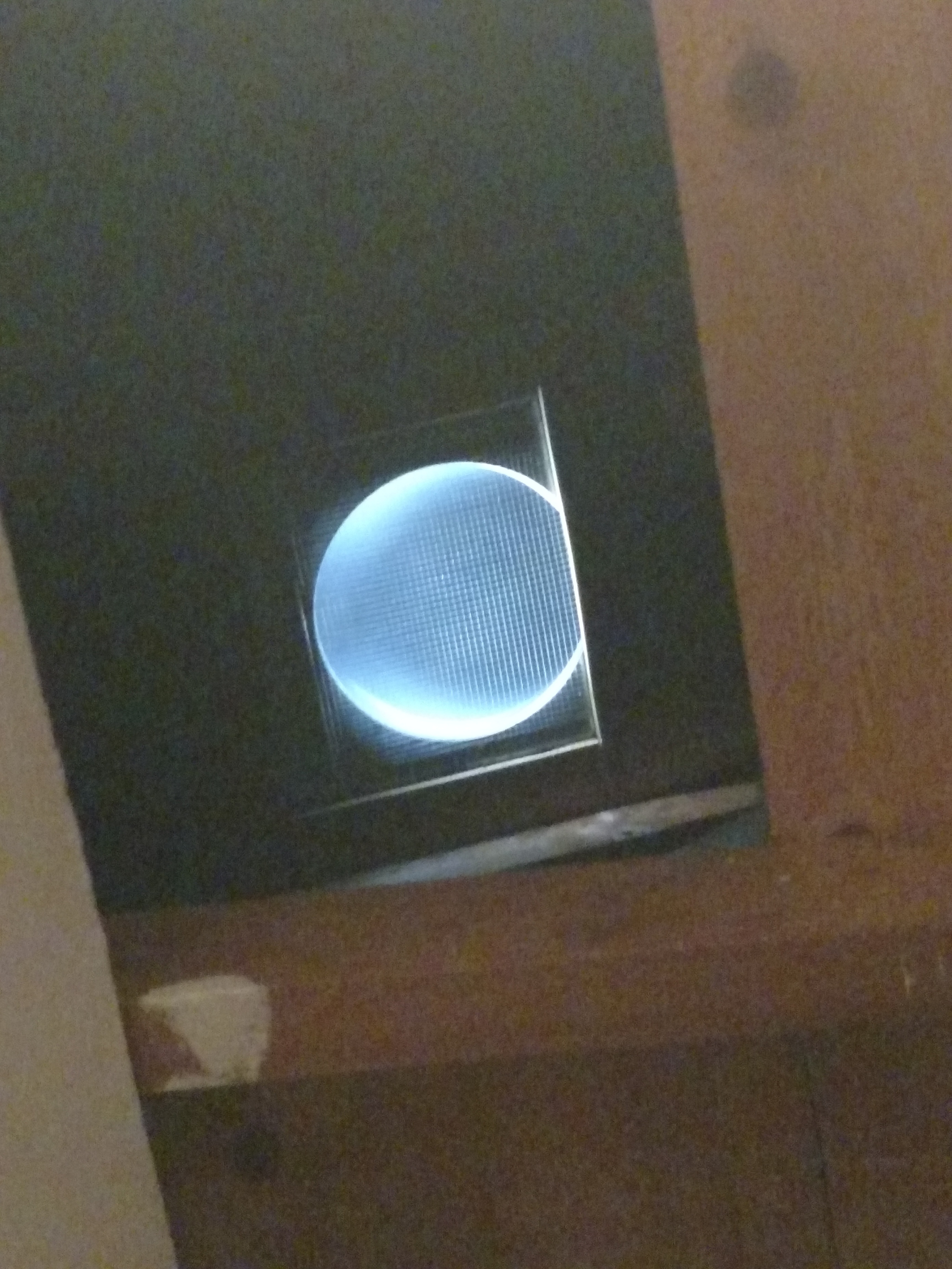 Now the pic from the roof: 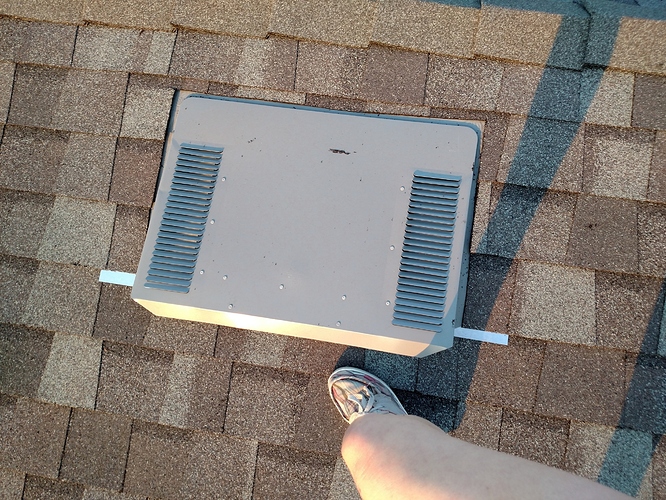 There you go for the moment and I appreciate it.

Looks like a roofer did a great job. I’ll give him 95% on line up of the vent and hole. That’s a good score.