does anyone know of a building that lays claim to this, it would be interesting to know. my guess it would be a slate roof, probably in europe somewhere

got me curious with this question so I googled it :), only one really related link but it is an impressive one

“Samples taken by dendronologist Michael Worthington have identified the oak roof of a small church in Gloucestershire as the oldest in Britain, dating from 1120-1150AD, and one of the oldest in Europe”

Now there were some talented roofers, a wood roof lasting almost 900 yrs :shock:

“a mosque in Istanbul, Turkey has a functioning copper roof believed to have been installed in 795 A.D.”

can’t find anything else on this one though

thats very cool Bill. i tore off a functioning cedar shingle roof last summer that was the original roof of the house built in 1931. but that oak roof blows it away

I ripped up a 30 or so metre lead flat roof in Berkshire. The people who worked on it had signed and date it under one of the roll mops 1915

Damn, I’d like to have all that lead. That’s a lot of bullets and sinkers.

I know this is an old thread revived but also very interesting. I personally installed 200 year old clay tile on a new build several years ago. It was rescued from a church tear down in Italy and shipped over. The layout was a bitch since the caps were all formed over thighs and different sizes. 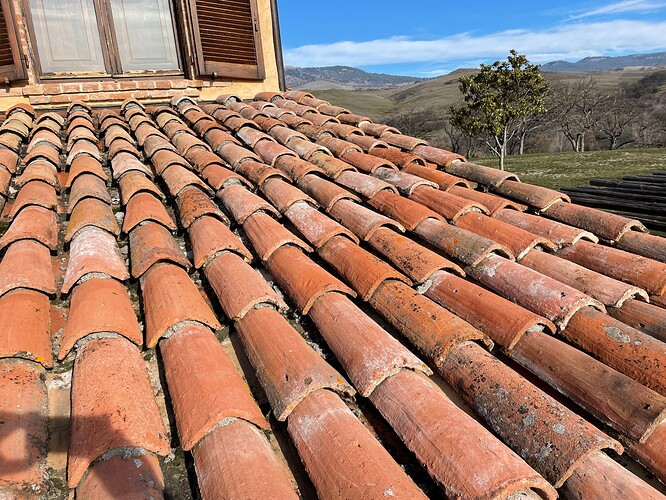 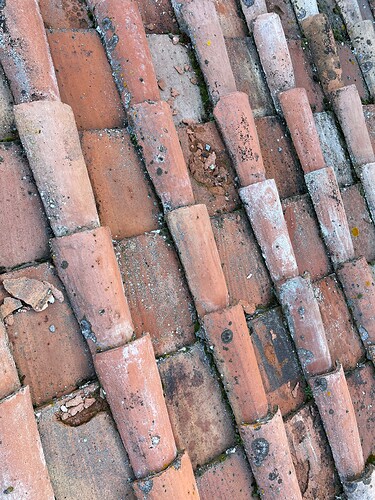 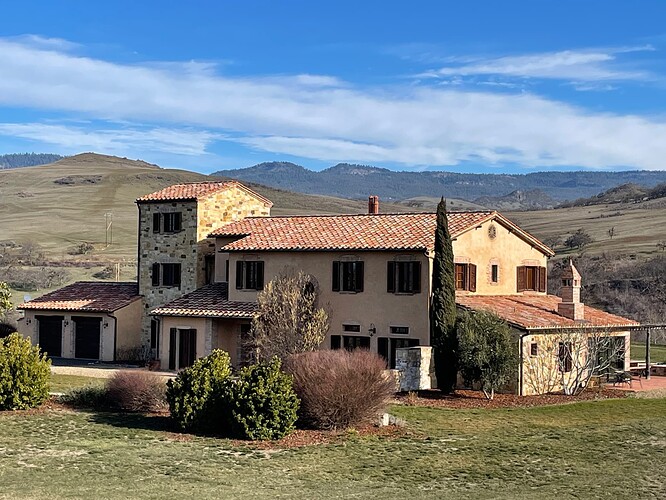 When I said I personally installed it I meant my company. I got the layout and install started and my foreman did the majority of the work after that. Didn’t want to steal his credit!

Nice work tileman! Wish I had more experience with tile!

I want to start working on clay/tile/slate roofs.

Its too bad I haven’t seen any siding that matches the beauty of clay roofs.

I did one simialar in Napa Valley years ago and hotmopped the whole roof then used nails on the pans and nails and wire on the caps, mortaring that stuff together must have been a real treat, probably had sand bags and planks all over that thing to distribute the weight so as not to break that stuff? Cool looking, nice job

I’d bet in your area you see a lot more of those types of jobs than we do. Napa is much more high end than Southern Oregon. I do appreciate the tip about sand bags though, never thought of that. We usually just use futon cushions like hillbillies!

I’m in Northern Wy. Nowadays where most roofing contractors have never done anything but architectural shingles and maybe some metal. Don’t even see but a few Presidentials. When I tear off a shake roof their generally put on over 36" 30 lb. Felt no shake liner don’t know if they chalked a line for every course or what. Must have been a long process not having a paper line to follow. I’ve only seen one that was done correctly. You can tell from the ground how they were applied because you’ll see a 6 inch top course or something to that effect, not like they knew about shake felt or something,

I appreciate your help.