Trying to find out who made these shingles 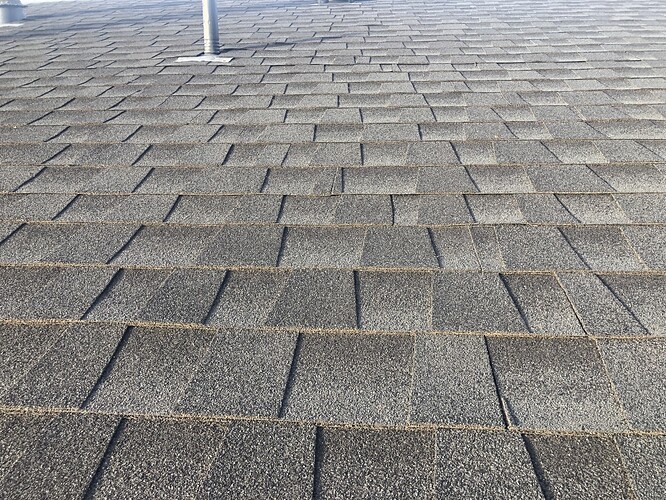 The only marking on the cellophane strip looks like a K ( logo? )
Then DA3165 and then the Miami Dade County approved

What state are you in

Im not positive but the DA was something i used to see on Elk and Gaf Timberline for Dallas. Its been changed to EN now for Ennis. 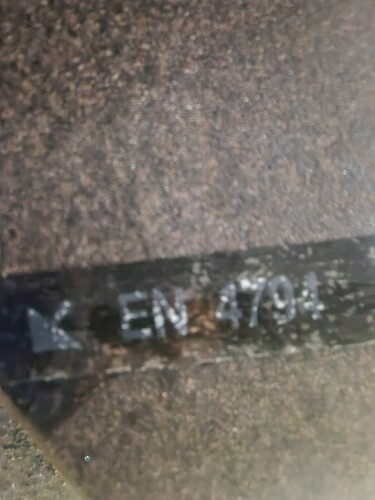 What throws me off is the miami dade . GAF doesnt put that. Its not Owens, Tamko,Certainteed. There’s so many shingles shipped to Texas from out of state plants, not to mention the generic delaware shingles.
Just the appearance, its Timberline natural shadow, maybe HD. Weatheredwood

Yes !! That’s what I thought was a “ K “. Then it has a space and DA3165 which I am guessing is the color perhaps?
But that’s exactly the K logo

Rooferama, thanks so much
I did read about that plant in Ennis . Been at it all day searching the internet
But that’s definitely the symbol

Good deal. I noticed that GAF has moved the seal strip to the headlap, front of the shingle, so maybe they added the miami dade. Its a weatheredwood. Its either natural shadow or HDZ. Glad you got it. Lot of guys on this board with years of knowledge.

Man I totally appreciate your help and quick response… totally saved a few hairs on my head lol
Would this be considered a impact resistant shingle
I’ve been at it since we bought this house a month ago and the insurance company has been asking me about that .

Hard to tell the difference unless you had the paperwork. It would be called timberline armor. You could call some shingle suppliers and ask if they could look up your address. Its a longshot but you might get lucky.