Why are my roof rake boards separating at the ridge? 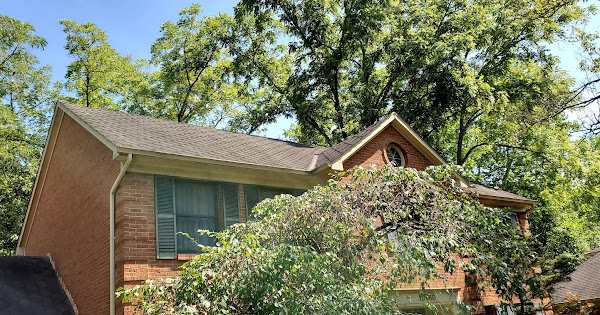 The rake boards on all 3 sides are separating at the top and this seems to be an ongoing problem. We got the house in 2005 and the inspection did not show any problems then. However, a roof inspection in 2016 discovered that the rake boards are separated at the left ridge top as seen here 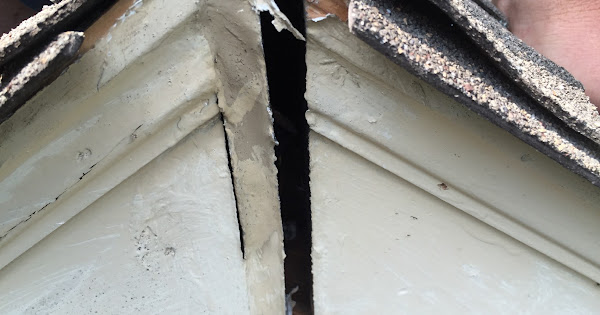 This was “fixed” by just filling the gap with caulk - like it seems to have been fixed before at all 3 rake board tops. However, now we again have gaps at all 3 ridge ends as seen in the next 3 pictures - left side, center, and far right 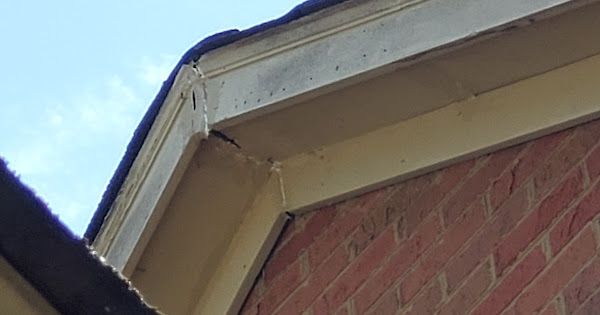 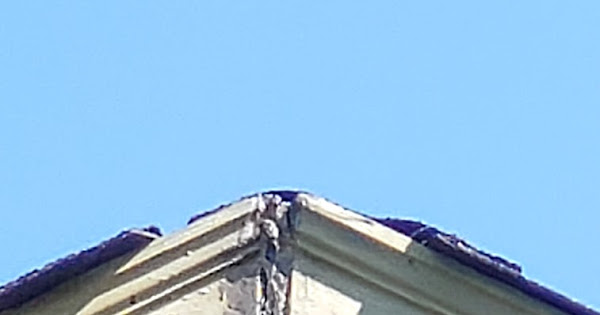 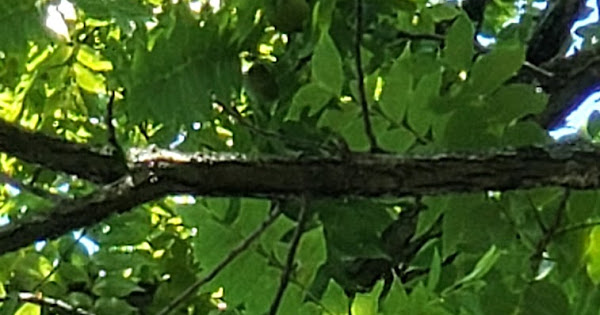 I went up into the attic and I do not see any obvious to me problem at the ridge line. Here are couple of pictures I took 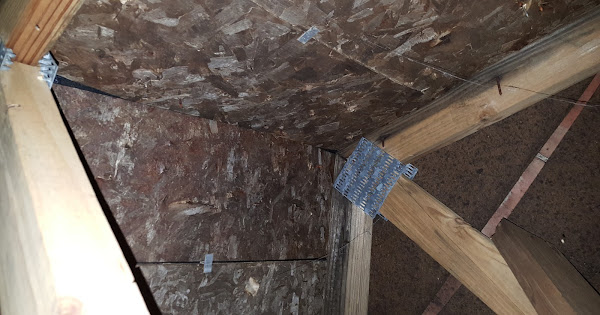 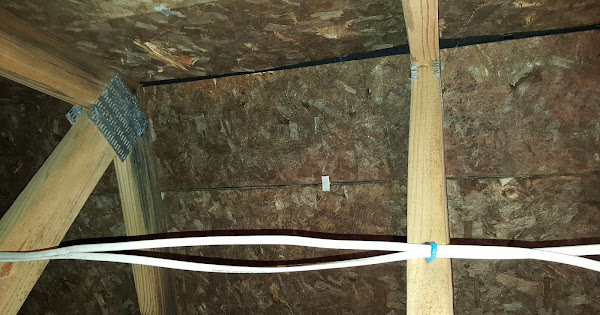 I cannot figure out why this is happening and what would be a good way to fix it other than just caulking the gaps again. Any insight and ideas would be much appreciated. Thanks!

Sagging overhangs are most likely the cause. When they are not framed properly in the first place this type of thing tends to happen. To fix this properly requires removing quite a lot of shingles. I’d recommend waiting till your roof needs replaced and fix the overhangs then.

Islands right. With a truss system you dont have a ridge pole. There isn’t an outrigger system to hold up the soffit and fascia. It’s either held up with a ladder framed system or the decking is the only thing holding up your fascia.

Thanks a lot, this is very helpful! The shingles are some interlocking type and probably hard to remove and reinstall. They also seem very durable - several inspections after hail storms did not show any damage, while most neighbors had to replace their roofs. Not sure whether this is good or bad

We’ll wait until we have the roof replace to do a good fix and meanwhile just try to patch it. I was wondering if a board piece made to look like a decorative trim over the gaps would work better than just filling the gaps with caulk.

Yes, covering the gap with a piece of wood is a fine way to dress it up until you replace the roof and fix it properly.

We’ve had several roofing companies come and estimate costs of new roof plus this fixed. The roof itself was replaced in 2003 (our best estimate, might be +/- 1 year), and it looks like it is good for another few years, but since we have to put money in fixing this, we wanted to see if it might make sense to resurface and have this fixed properly as well, instead of patching and having to redo later. We got two estimates already but I don’t feel confident looking at both. One said they will just caulk the gaps, which we already know is a temporary fix, and the other says they will sub-contract a carpenter to do it, so no info how exactly it would be fixed. If we are not confident that this will be fixed well, we might as well patch and worry about the resurfacing later.

Could anyone tell me what would be a good way to fix this during resurfacing. As rooferama said it should be either a ladder framed system or the decking is holding the fascia as it is right now. It does not look like a ladder framed - I looked at the outermost frames inside the attic and there does not seem to be any cross pieces to form the ladder frame (I’m trying to self-educate off the Web, so apologize if I’ve gotten things wrong), so I assume the deck is currently holding the fascia. So, would they have to replace the outer decking boards with stronger pieces to better hold the fascia, or build a ladder system? If I knew what options there might be I’d be more comfortable assessing incoming estimates. Any insight would be much appreciated!

BTW, anybody know a good roofing company in the Cincinnati area? Thanks.

My preference is an outrigger system. It’s very similar to this photo but I butt to the last rafter, then notch the barge rafter, running it through to the fascia. I turn the outrigger flat side down. You might have trouble with this being your truss looks like it’s a 2x4. Can’t tell in the photo but you might need more ventilation than the gable vent. 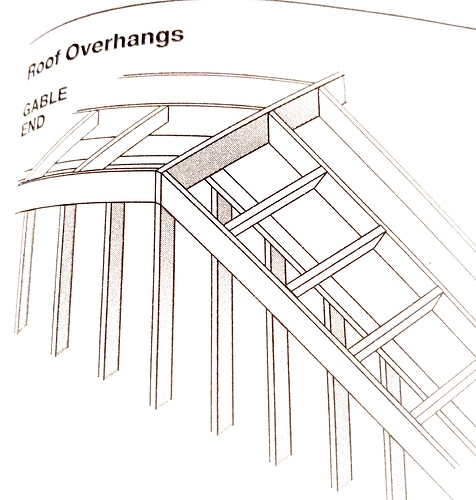 Just to report back on this as the work is done - we’ve covered the gaps with some decorative pieces that would hopefully give it some strength and hold until the roof is due for resurfacing. The tricky one was over the lower offset roof on the left in the first picture but a boom lift made the job a breeze.
https://photos.app.goo.gl/fygR8fcpwQARCGx88
https://photos.app.goo.gl/ztC2f8jzcykBt2r77